SCCS Cardinal Basketball: Success, On the Court and Off 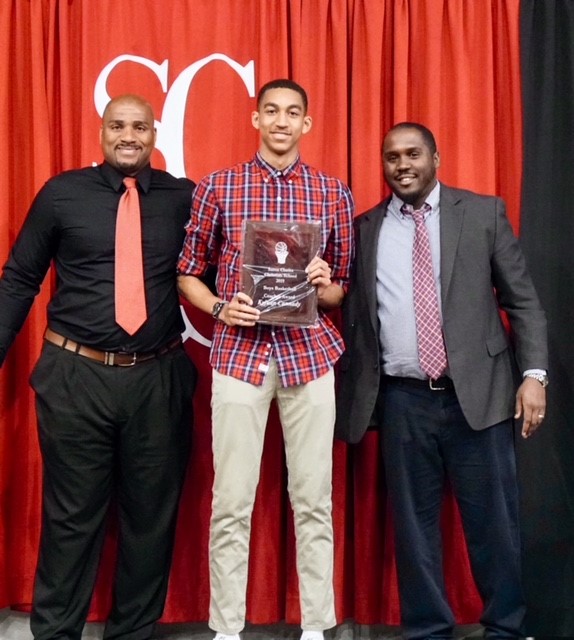 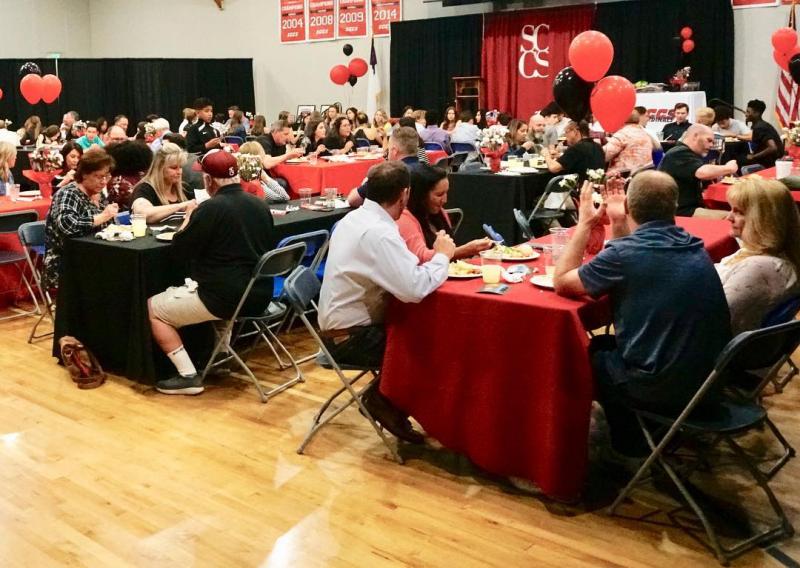 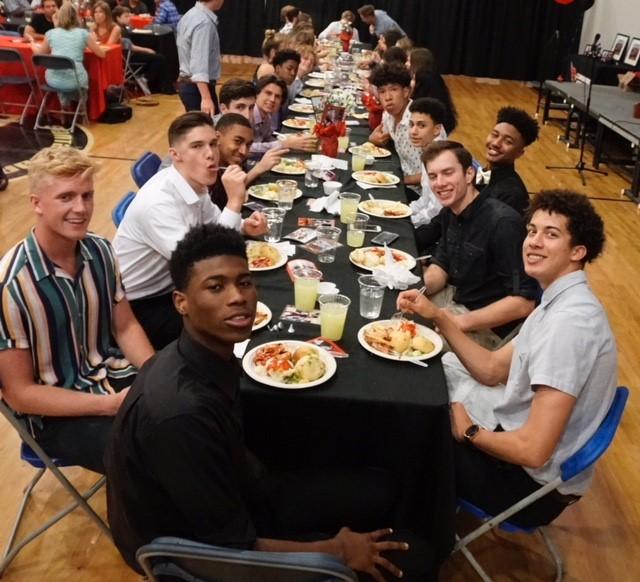 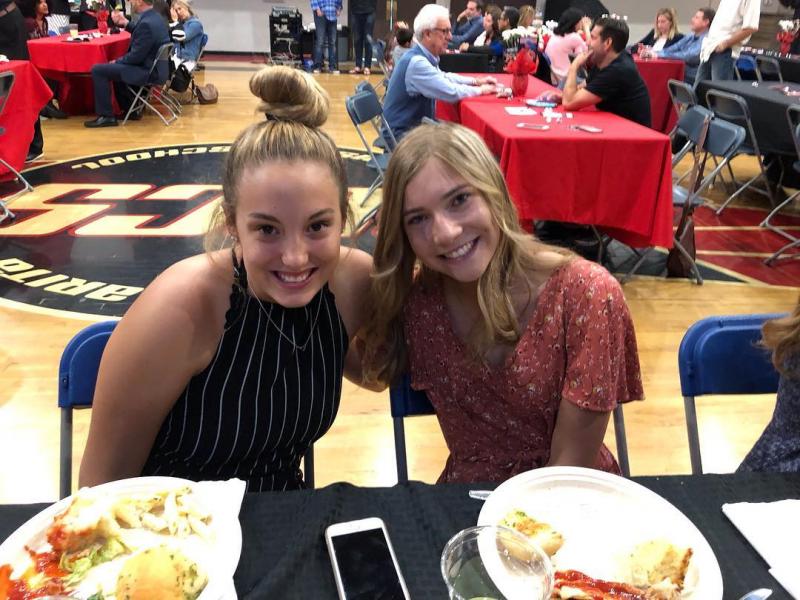 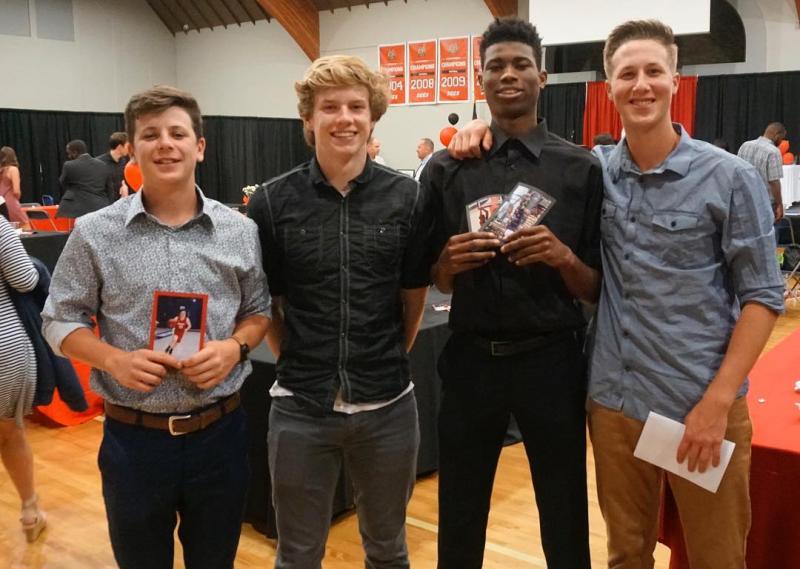 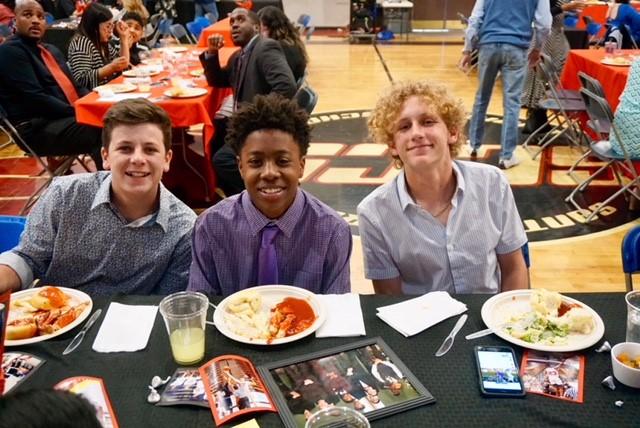 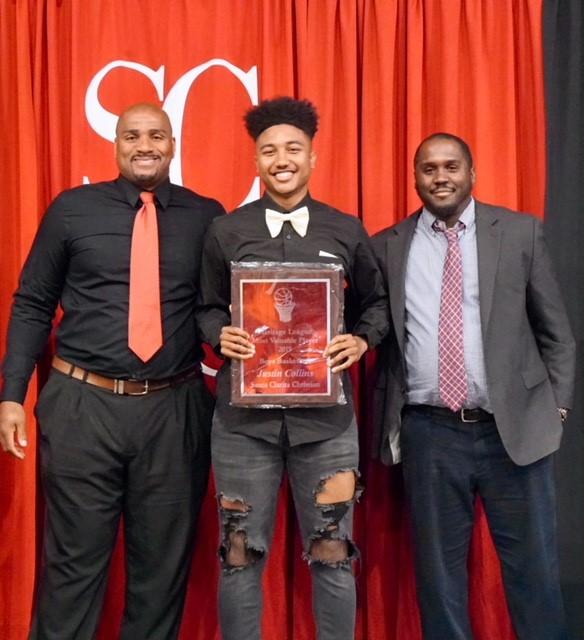 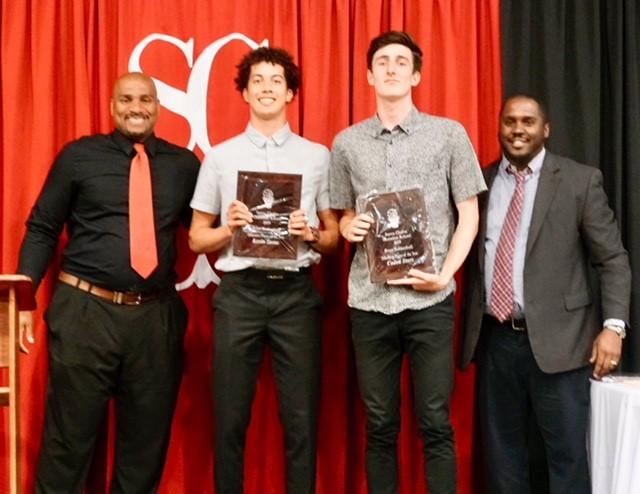 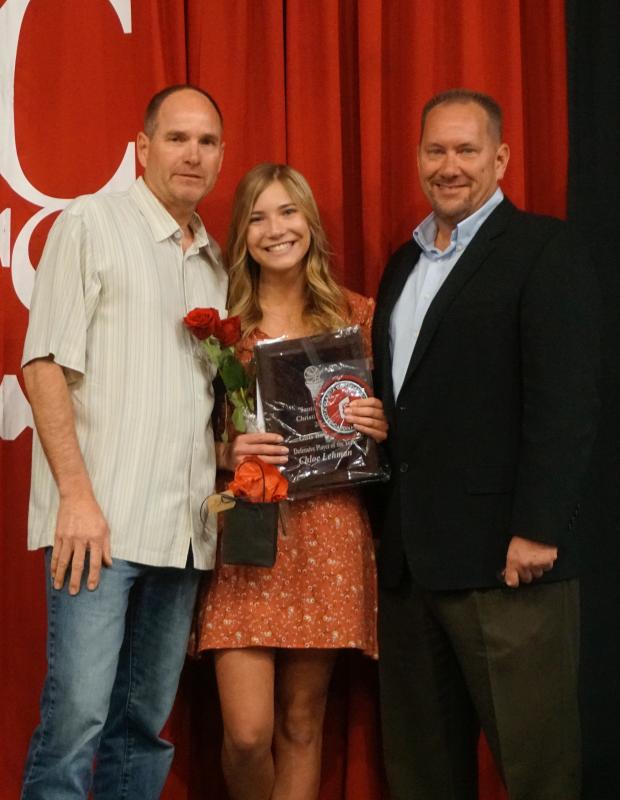 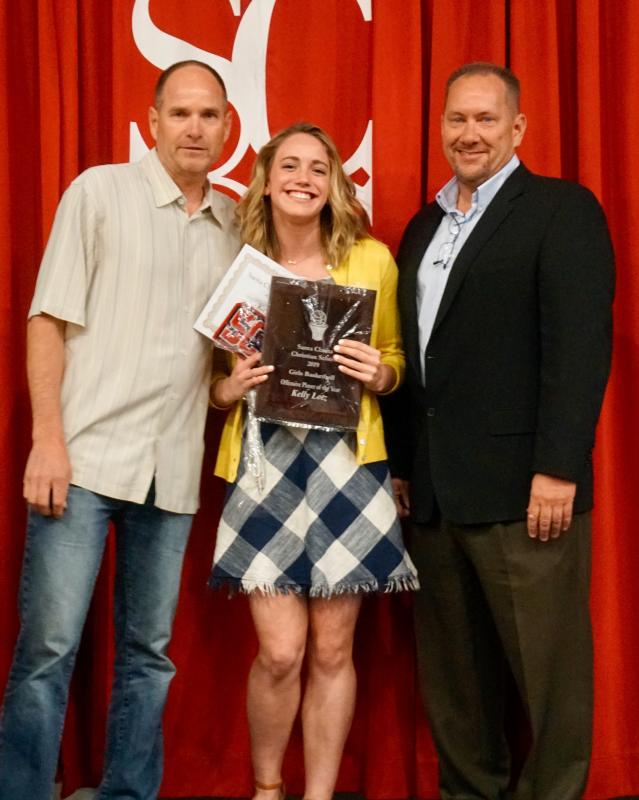 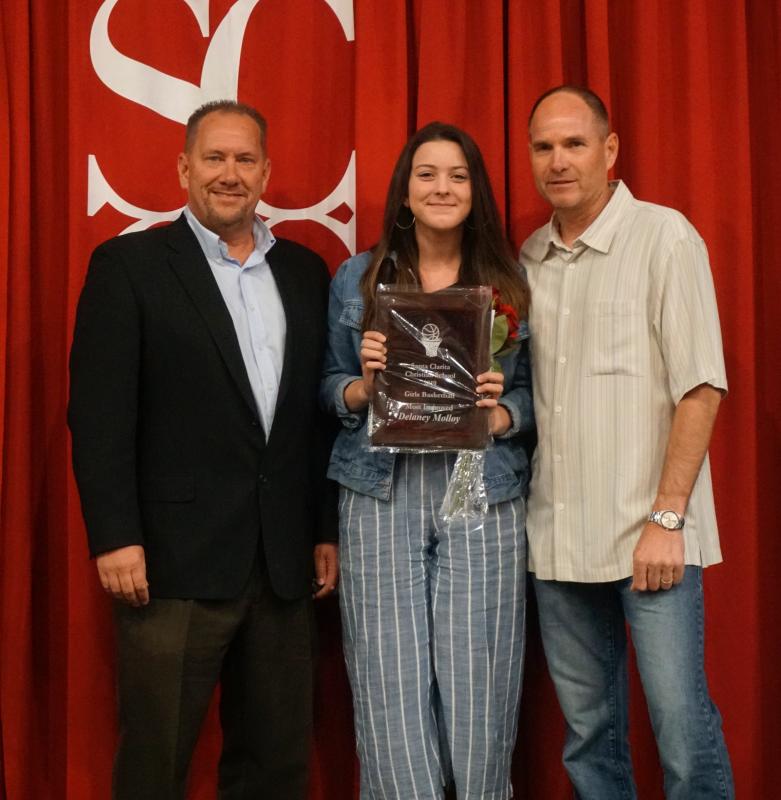 On Monday, April 8, SCCS basketball student-athletes, including junior varsity, girls and boys varsity teams, and their families gathered together to celebrate this year’s season.

“It was a great year for basketball at SCCS,” shared Boys Varsity Head Coach James Mosley. “The boys varsity basketball team banded together to provide a memorable season. This was a special group of players who captured the hearts of our Cardinal family. When the final horn sounded on our season, the sadness was only for a moment because each athlete gave their all and grew together as young men who learned to stand together and love one another through everything. Instead of finishing the season as a team, they finished as a family, with memories that last a lifetime.”

On the court, the boys varsity team had a strong season and were the CIF Division 3 Runner-Up. They also advanced through the state tournament in Division 2 and became the CIF Runner-Up.

“One of my personal highlights is ‘The Shot’ by Caden Starr,” shared Boys Varsity Assistant Coach Doron Gladden. “Each of our players had a vital role in the execution of that play. That game-winner against Highland summed up the perseverance of our entire program. It was neat to see the regional and national recognition it produced.”

“God has helped me grow through this season by bringing the team closer together as brothers in Christ,” shared player Joshua O’ Garro. Player Justin Collins shared, “God has used this season to teach me how to become more of a leader and look to help others before I help myself.”

The girls varsity basketball team ended the season with a 13-12 record and a third-place finish in the Heritage league. The Lady Cardinals played more games this season than ever before, gaining valuable experience and hope to accomplish great things in the future. Their coaches, Dennis Schwesinger and Troy Lehman, are proud of the hard work and dedication the team put in this year.

“God has grown me through showing me how to play not only for myself but for His glory, win or lose,” shared a girls varsity player.

For the junior varsity team, this year was a year of firsts. The team played nearly 30 games, which is almost four times the amount that any other past JV team has ever played. Over Fall League and regular season, they posted a record of 21-8, the first time in SCCS history that a JV basketball team has gotten to the 20-win mark. They worked their way to the Heritage League title.

During the basketball banquet, players were honored with various awards as they celebrated this year’s season.

“The Boys Varsity Scholar-Athlete award went to Kevin Stone, Caden Starr and Ethan Schwesinger; an award that stood out for the evening,” continued Gladden. “Our athletes work so hard inside and outside of the classroom. It is a joy to watch them excel in the classroom.

The Coach’s Award, which is given to one player who exemplifies servanthood, hard work, selflessness and perseverance, was given to junior Kyjuan Cannady.

It is special because we have watched this student-athlete endure tremendous adversity and still served his team and his coaches without complaint. He exemplifies what it means to be an SCCS Cardinal. His teammates were so happy for him receiving the award. That is a testament to the overall character of our team.”

Looking to the future, each level of the basketball program will continue to focus on developing players. The desire is to continue providing challenging schedules that give players the opportunities to showcase God-given talents. The goal is to win our league, division, region and hopefully at the end of it all, compete for a state championship. But more than that the expectation of the coaches remains true to something beyond the win.

“As coaches, our prayer is ultimately that each athlete will serve Christ with their lives,” continued Coach Gladden. “This year’s basketball team has provided me with a lifetime of memories on and off the court. As a coach, they are the kind of team that makes coaching so much fun. Their collective strength is that genuine love they have for one another and their perseverance through trials of various kinds. I think they exemplify a strong work ethic in the classroom as well.”